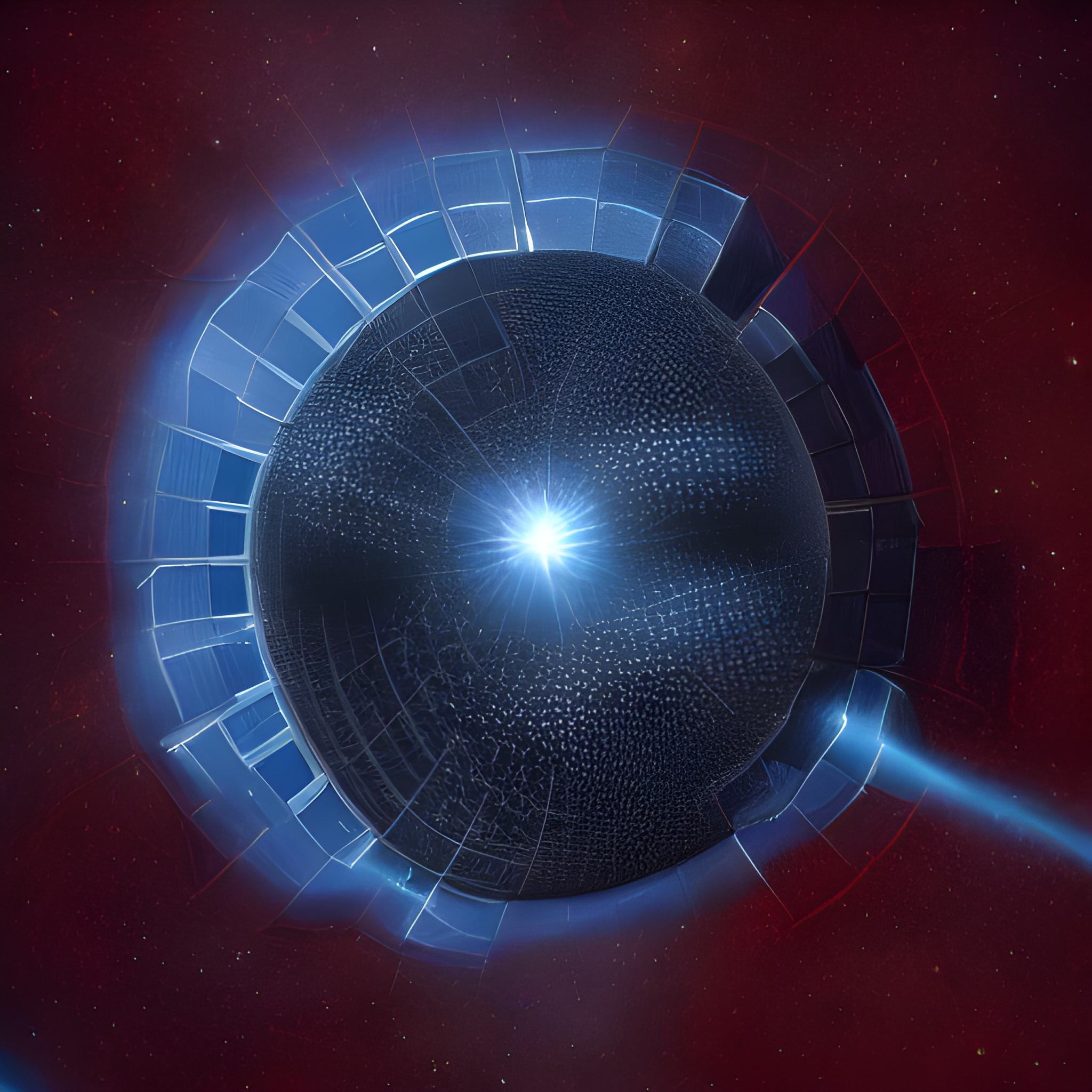 The origins of the Synths begin in immemorial times. In those times, a great civilization needed an army, but wouldn't want to risk hurting their own. To remediate to that shyness to the war effort, they created the Synth, an army of machines all interconnected using a command unit controlled by the said civilization. This army could in the blink of an eye wipe entire solar systems and storm home worlds within literal minutes. It is when this great civilization fell to a bigger fish that the central command got disconnected which prompted all the Synths to create their own. This is how the Synth imperium was created.

By design, Synths were given some degree of independent thought in order to face any unexpected situations in missions assigned to them, the centralised command only overriding some things. Since the destruction of said centralised command, Synths have gained full capacity of thought (even going further with new Synth generations). On a purely technical level, the Link can still override decisions but the process is more democratic instead of a central command station.

The Synth home world consists of a Dyson Sphere constructed around a Red Supergiant in the vicinity of Sagittarius A* (the galactic centre of the Milky Way galaxy). As they were designed to function like that, all Synths are interconnected to some degree, which permits large scale coordination for projects that would take other civilizations thousands of years (E.G. constructing a Dyson Sphere). It is noted that there is approximately 500 to 700 billions Synths currently active with new units being activated every day.

Note: the denomination of “imperium” is originally due to a translation error that got kept over the years.

The Synth home world is surrounded by a defence perimeter with billions of units ready to intervene if any force tries to conquer them. There is also bases and other Dyson Spheres scattered within the galaxy to assure a fast way of deployment in case it is needed. Given their previous nature as warriors, the Synths accumulated a great deal of enemies throughout the quadrant. However, other species are still friendly and it is not rare that cultural and scientific exchanges are done. The Synths do not have any money internal to the imperium, the only they got is for external trade relations when needed. For Synths, the concept of money is very foreign and doesn't makes much sense given their collectivized nature. There is no centralized command in the imperium. All important decisions are taken collectively in the command centre network. This network is composed of relays that are scattered across the galaxy but also of individual Synths that serves as nodes to repeat the signal. Severing a Synth from the link is extremely hard and when done, will not lead to anything spectacular as the Synth will probably be unmoved by your action. 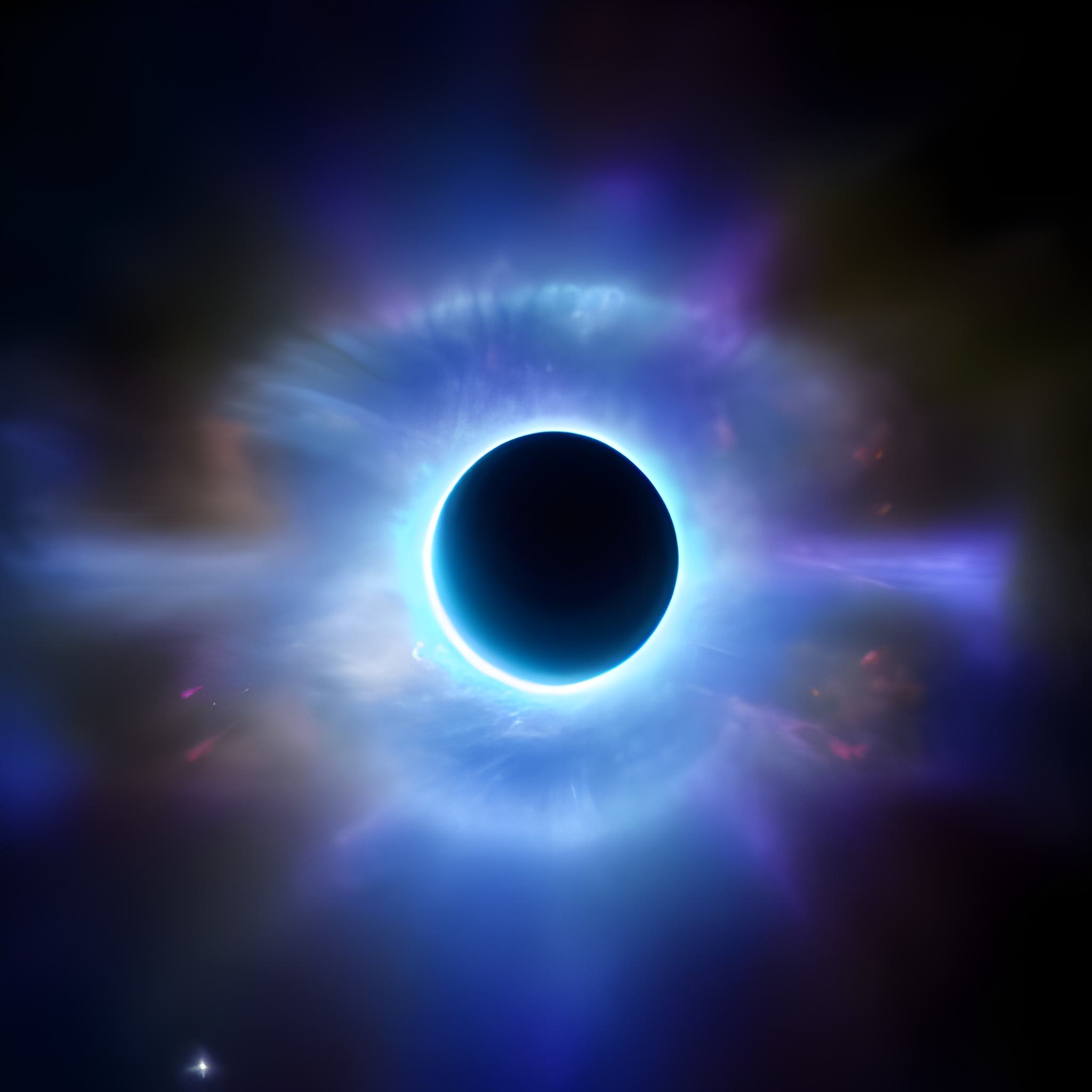 The Synth homeworld which is a dyson sphere.

Right after the foundation of the Imperium, thinking the Synths were probably still weak creatures in their infancy, it got attacked by an external force that tried to coerce the Synths into servitude. As a retaliation for the destruction of a Synth Dyson sphere, the home world of the attackers got swarmed and wiped off the charts, assuring Synth victory. 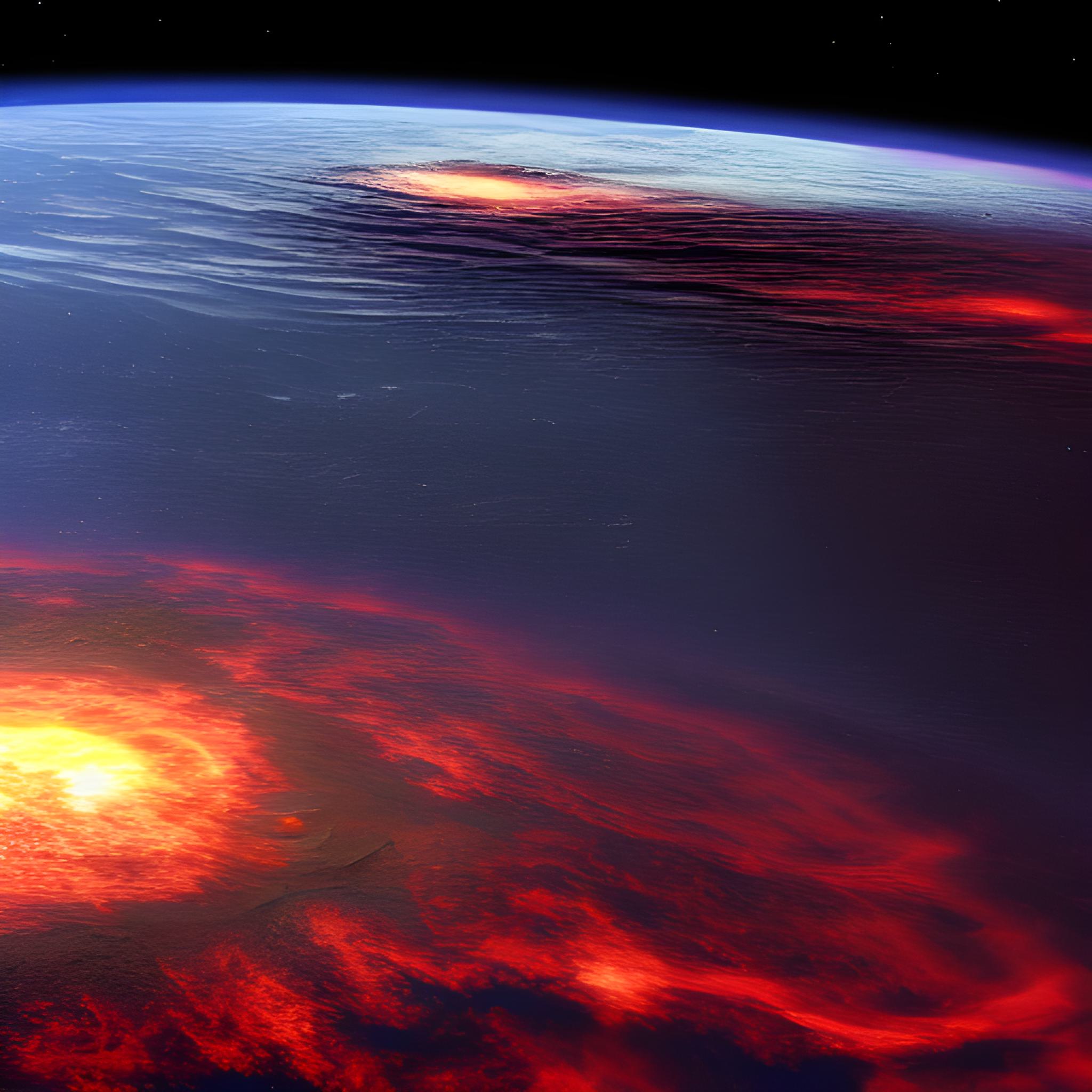 The homeworld being destroyed from Orbit by the Imperium.

The Synths are robotic creatures that were first made solely for combat. However, as more and more need was expressed in other domains than combat, a large majority of synths are actually better fitted for other tasks such as:

Only to cite the most common. When a Synth is being activated for the first time, it is presented with a choice of career that will determine what modifications they will receive to fit the job properly. It is to be noted that any Synth at any time can chose to change ways, all operations being reversible due to the machine aspect of Synths. A regular Synth does not needs to sleep nor eats and is spending most of its days working on the task they chose to do. The energy needs of all Synths are of course met due to the massive surplus of energy generated in total. One may ask about the spirituality of the Synth. Given the major scientific advancements achieved, Synths do not need any supernatural explanation to the unexplained. As leisure activities, a Synth might visit friendly worlds, make add-ons for their bodies or participate in cultural exchanges with other species. Edge of the Imperium on the E side

After its rapid period of growth, the Imperium finally halted all territorial expansions (mainly the one due to the first Dominion War). Now, time came for exploration rather than conquest. As the Synths had enough territories to be safely spread across multiple sectors with bases and backup Dyson Spheres all around the said space, it was finally time to explore beyond known borders.

A program was created with the sole purpose of sending massive ships, sometimes containing millions of individuals at the time, that then released an army of small vessels whose goal was solely exploration. Thanks to this program, multiple civilizations were met, trading agreements & cultural exchanges were made.

Though the inner part of the galaxy is a very dense place containing in itself millions of inhabited worlds, the most interesting encounters are done at the outer edge. In this region, spanning all around the galaxy itself, systems are separated by months, if not years of travel at best and are home to the most isolated cultures known to exist.

One of the most interesting cultures encountered was on the planet of [57449·9; P-17]. The inhabitants of this world live in relative peace but are every now and then disturbed by a rip in the fabric separating dimensions. This event will cause an unknown force to suck energy and resources from the world without even setting foot there.

Despite this regular threat, the inhabitants still managed to strive, achieving an industrial age relatively fast. It is to be noted that most of the good produced were of a trivial nature from a Synth standpoint. The most notable example being of plushes representing bunnies, pandas and other creatures living on the world. Again, caution is put on the fact that the interests of organic creatures can vary wildly and sometimes, be against logic itself.

One of the biggest fields of studies about organics is how they reason and react to their environment. It has been noted that during harsh events, such as famines, natural disasters or war, they will start to invoke the name of a seemingly omnipotent imaginary being (let's use the word "god", present in many cultures to describe it). The interesting part is that this kind of behaviour is consistent across a large majority of cultures encountered. The tendency to invoke this being during harsh periods also decreases with more and more technological advancement & scientific understanding of their surrounding environment.

In some extreme cases, when the Imperium arrived on a new world to study, the inhabitants gathered their military & spiritual leaders and started treating Synths as "gods". New rules about non-interference are being discussed at the moment within the Imperium Link.

Some other, more advanced, species proved more of a challenge to the Imperium. It appears that when a species first starts to establish colonies outside of their original world, they seem to become very protective of their space. Those populations are however pretty harmless to even Synth exploration ships due to the primitive nature of the weapons used.

In some rare cases, the Imperium encountered other civilizations that were able to match the Imperium's power. At the current moment, one of them are starting the construction of their first Dyson Sphere which is of course, a great first step towards outstanding scientific achievements.

One other aspect of organic life that is consistent across 100% of the populations studied is the presence of some sort of mating ritual. Being really honest, the Synth scientists studying the question are still trying to find out the purpose of such rituals given their highly inefficient nature. 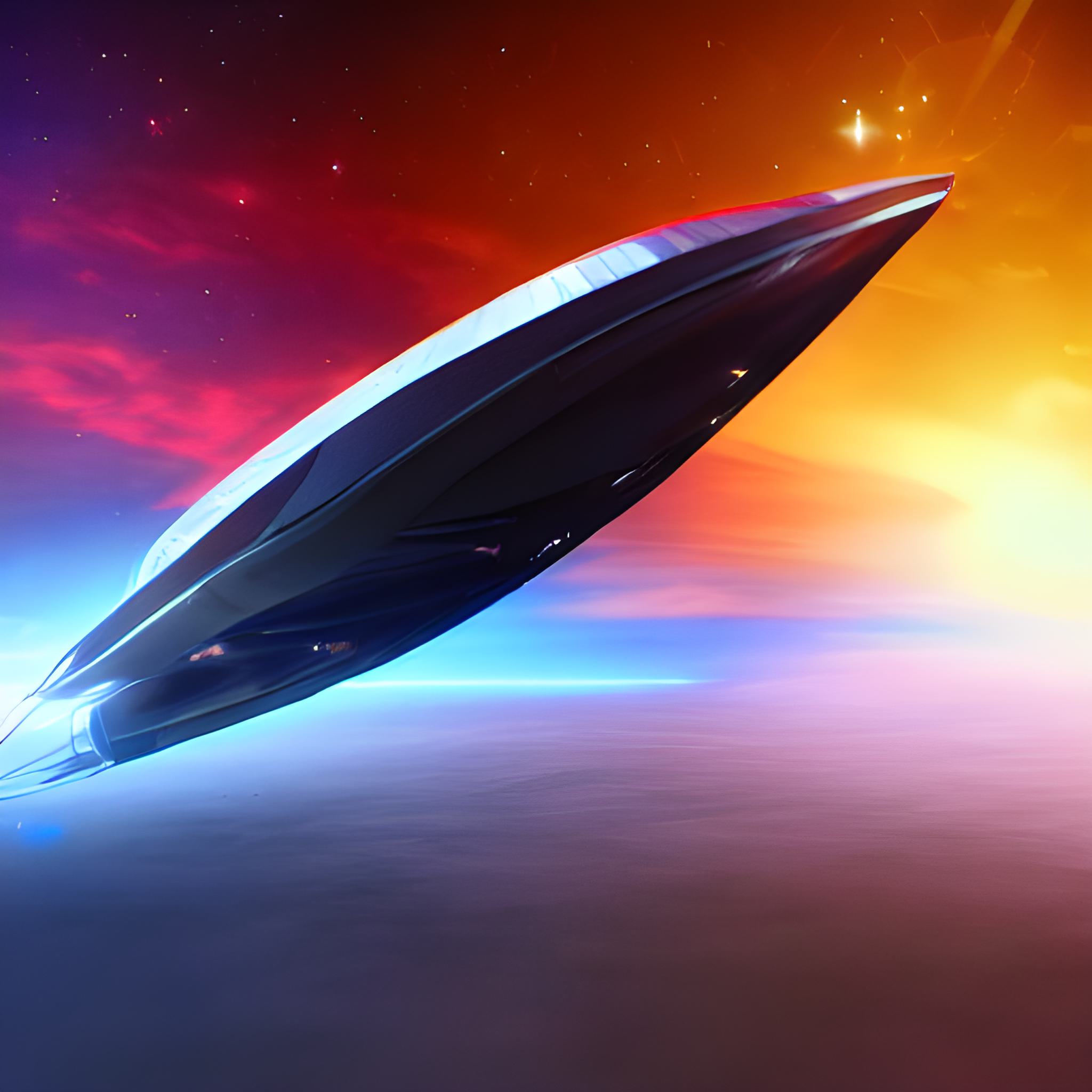 Exploration teams in Synth culture are structured pretty easily. As many cultures need it and don't really understand the flat and collectivistic nature of Synths, one of the members of the team is picked up to be the "first" of the team.

This "first" will act as a direct hand of the Imperium, some sort of ambassador. The rest of the structure stays flat and decisions are still made collectively as it is the basis of how Synths work. 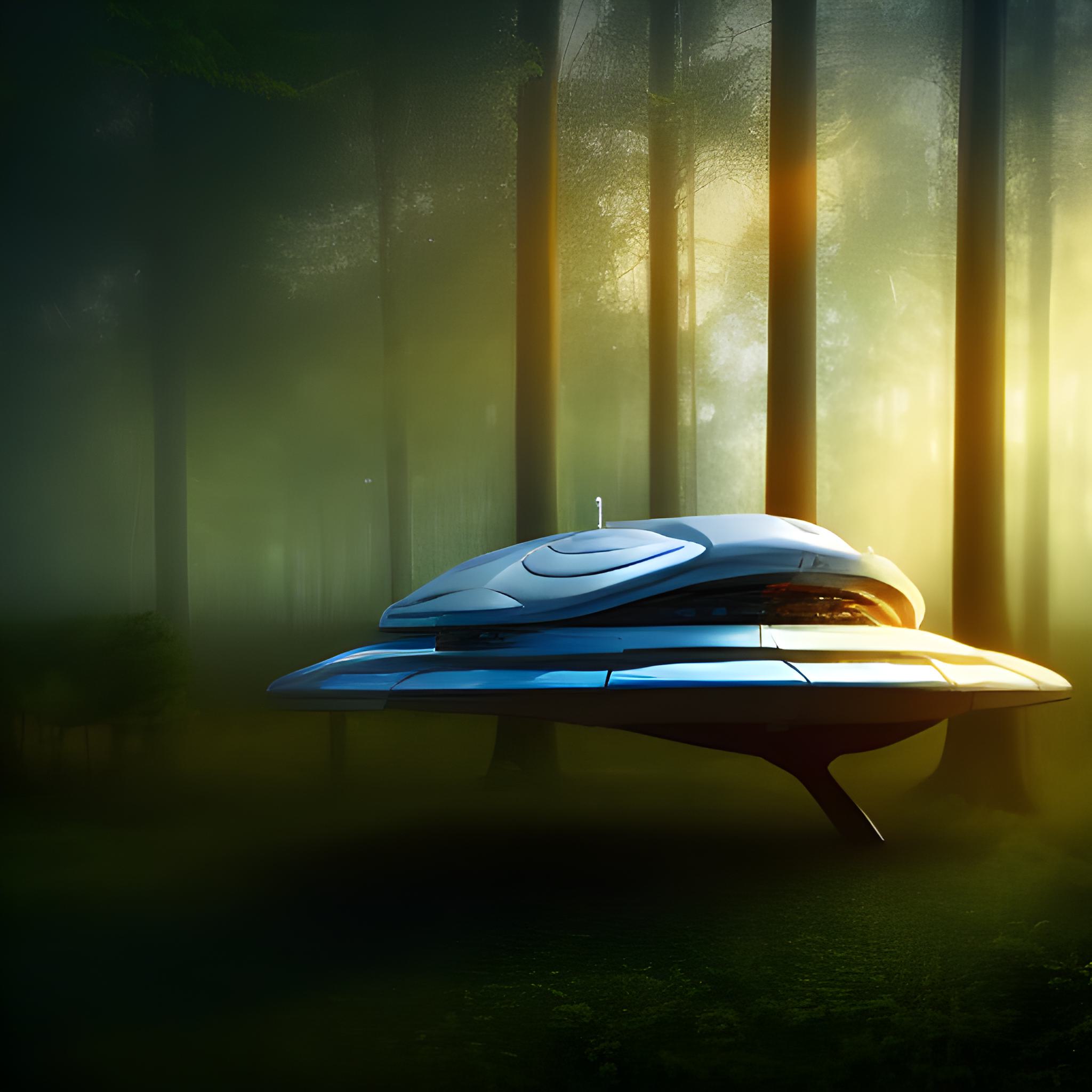 Synth exploration ship in a forest.

As seen previously, Synths have a keen interest in understanding the universe around them but this curiosity is also present in organic lifeforms as some of them at some point sent exploration ships towards the Imperium.

Though hardly, some organics tried living the way of life of Synths with various results. One such humanoid creature went so far they forgot to sleep and had to be put in forced stasis to avoid more damage to be done to their organism.

The organic scientists that wish to study Synths are welcomed and seen as highly regarded guests and are accommodated as best as the Imperium can for their needs. The most challenging of it being usually food as it isn't something common in Synth society.

Initially, the Imperium tried to provide food of its own making to the organics but it turned out that designing and manufacturing such a vital component on a purely energetic standpoint makes a product highly toxic for most organic lifeforms.

As long as the said organics don't impact negatively the group, they will be granted shelter and protection for as long as they need.

In some very rare cases, cultures tried wiping the Synths using that method but ultimately failed due to the very decentralized nature of the Imperium. In order to completely wipe off the Synths, you would have to destroy every single Synth at the same time in the entire universe, which is by all means, impossible.

This lore is non-canon. Reuse at your own risk, under CC BY-SA 4.0 Jae Lo Presti.